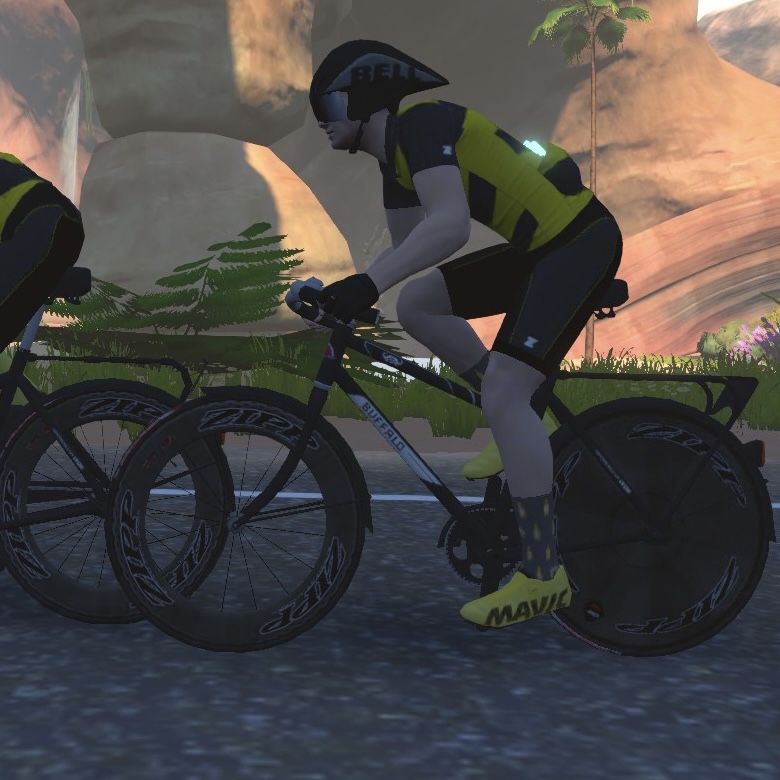 The results are in. And what an eventful night with a good workout with over 1 hr of riding.

BTS2 were faster than BTS is the headline, and is actually true as technically BTS did not get 4 riders across the finish line,  and therefore should be DNF.

But BTS did get a time because even though only 3 of us finished, Ed counted for BTS, presumably because he had not changed his Zwift power tag from BTS to BTS2. So Ed was counted in the results as BTS 4th rider and that gave BTS a time for the results.  If we’d been further up the table we would have pointed this out to WTRL as an “unintentional cheat” but given the BTS  position in the rankings, I don’t think anyone will worry about it.

For the record, Olivier finished as a solo rider in 1:04:26  and his time would have the BTS team in 121st place. Chris vanished from the race after an iPad issue, not far from the end. While Andy didn’t have anything left in the tank after one and a half lap. Liam lost the discord link due to phone battery dying, but enjoyed riding in radio silence for a while, following the leading plan shared via Zwift messaging. When BTS split up, Liam slowed to see if we could re-group, and the next time I looked up Oliver was 20s ahead and gone.

Both teams were slower than our 1:03 record set on the 8th of October – we had 8 riders that evening, and per person, most of us put out less Watts that night than we did last night. It just goes to show the benefit of a larger team, drifting, and good organization.

Thanks to all who contributed to World Bicycle Relief – WTRL  teams raised $66,000+

Next week, Christmas Eve is the Bologna Time Trial course: 24km, 1.5 laps i.e. up, down, and up again. You need to see the course profile below to recognize what this means. Expect another 1hr+ride, which should prepare you nicely for Stuffing the next day. 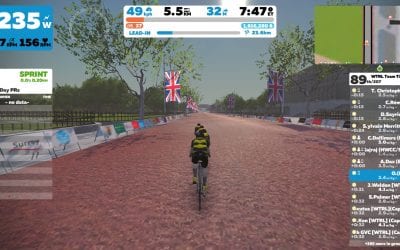