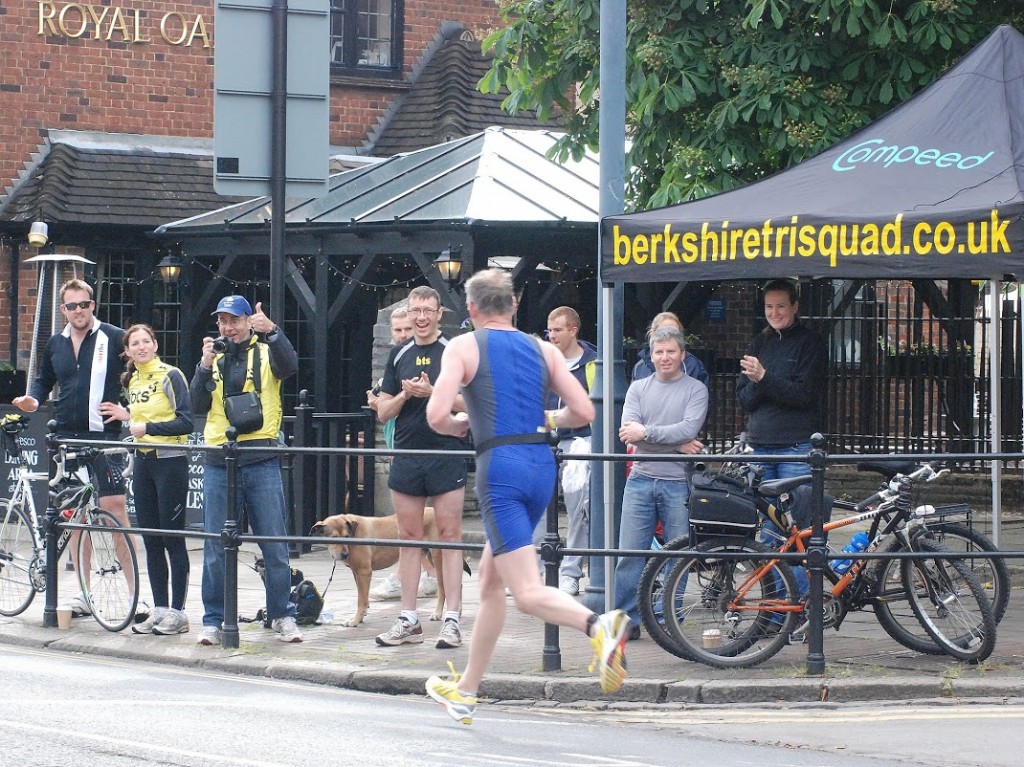 Perhaps thanks to holidays, people racing/cycling overseas, other UK races at same time……..or just the ridiculous costs involved, a lower than usual number of BTS’ers took part in the hugely popular Windsor Triathlon this last weekend. Nether-the-less, this didn’t stop some great performances across the board, with a couple of newbies doing their first race, Tom Ryland doing his umpteenth race and several Age Group high finishes.

Martyn Parrish raced in place of Chris Harris, so his position of 45 is based on where he would have finished in his own AG (35-59), rather than Chris’ which is………….a bit older.

Also present alongside his brother was former member Ross Muir, who actually won the 40-45 AG, so we included him just for the reflective glory. 🙂

Getting a very early start to race over the Sprint (750m/30km/5km) was Myra Buckley, who also logged a fine top 10.

Here are some photos in a rather sexy gallery – click on an image to enlarge and then use left and right arrows to browse.