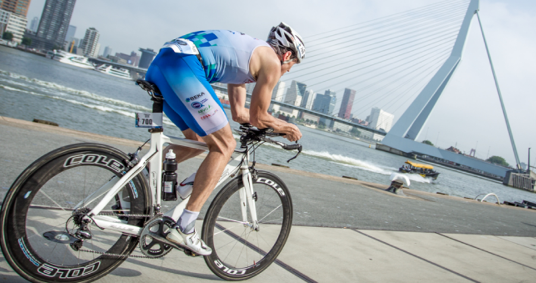 There was a huge set of results in September. In terms of profile, arguably the biggest event featured was the World Age Group Champs in Rotterdam, with 5 BTS members representing across both Sprint and Olympic distance. Also this month, there were 2 Half distance races by April Edwards and Ian Lee-Emery.  On top of this, there was even a full Sprint Triathlon appearance for known swimaphobe, Luke McCarthy.

However in the opinion of your website author, the biggest performance of the month belonged to very new club member, Jane Wallis. Her plan in 2018 is to complete an Olympic distance triathlon, so before that comes a first Sprint! At this point I will hand over to Jane to tell you in her own words…….

“I did my first Sprint Tri on Sunday 24 Sept at Dorney Lake. I knew I was under prepared, but I did it anyway to a) achieve my goal of a triathlon this year and b) to put my demons to bed over the swim start – I am asthmatic, which is scary in the water.

I did it V-E-R-Y-S-L-O-W-L-Y  but I am chuffed anyway – I did have a HUGE asthma attack in the water, but I persevered because I am bloody minded. The Bike was OK given my lack of training and the Run was very slow and really hard but I focused on one foot in front of the other until I crossed the line, 198th / 200, 58th / 60 women (Ed. but 15th in her age group)

I’d like to thank BTS members for being a lovely and inclusive bunch, you’ve all been so constructive and supportive. I started this process back in February, joining BTS in May. Since starting I’ve lost 25lbs (net – I have also developed muscle) and got to the point where I felt I could give a Tri a go. I really appreciate the care with which the training is structured, meaning all levels can effectively train together. Because of this, despite manifestly being the fat lass at the back, I don’t feel like it, so thank you.

Next year I will be faster, stronger, lighter and by the end of the season also hopefully longer” – Jane Wallis.

Congratulations Jane, you WILL do an Olympic in 2018, and would not be surprised if you go longer…..  😉

One final mention to Jenny Wilson (another JW!). Although your web author normally rules out including single discipline events, anyone who swims 11 MILES, over the course of 8 HOURS deserves special attention, especially in what must be a chilly Lake Windermere!

Full Results of the month (in the order I got them sent – so read them all!)

Conquer The Chilterns Half