Julia and the Channel 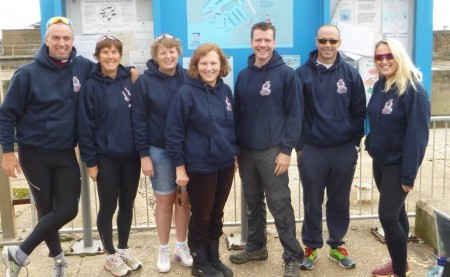 Over the weekend of 9th-10th August, former Chairwoman and all round club stalwart Julia Hodkinson decided that she didn’t need a bike or some trainers to take on her next epic challenge. As part of the Salty Seals relay team, she instead decided (actually several months before) to swim the channel. No wetsuits allowed!

The team of 6 completed a snaking path across the World’s busiest shipping lane in 16hour 59 minutes.  No short write up on here will do an event that is so long in the making justice, so below are a few pics of the day and a link to Julia’s full write up of the day in pdf format.