There are lots of ways to push yourself in sporting endeavour, but surely one of the most impressive ways to attempt it in one day is to do a 3.8km Swim, 180km Bike, 42.2km Run, or Iron Distance triathlon. Some people build up to it, working through years of Sprints, Olympics and Halfs before finally secumbing to the idea of calling themselves an Ironman (or woman). Others just decide they want to do one Ironman, and never return to triathlon again.

Whichever it is, BTS regularly has people who want to put themselves through the pain and time needed to complete an Iron distance race. A few weeks ago, 2 more members of BTS joined that list, with Dan Brasier and Ian Lee-Emery taking part in Ironman UK. 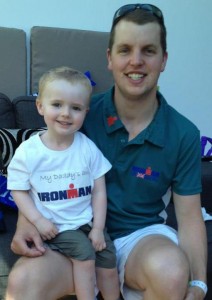 Judging by the times below, the boys 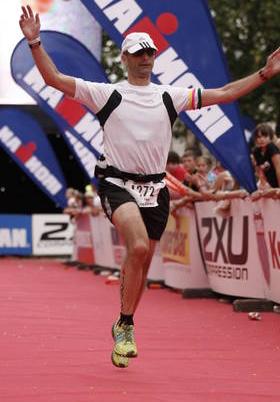 practically swam together, before Dan snuck an early lead coming out of T1. Ian chased (possibly without knowing it) through-out the bike, and amazingly after over 8 hours, they were still close together. This time it was Ian’s turn to get through transition more quickly. A quicker run meant Ian came home in 13.08, with Dan in 13. 37′

Well done both, why not check out their race on the TRi247.com race viewer.

Next up, somewhat shorter, and lacking a swim, but no less fraught with pain thanks to a narrow track full of stinging nettles on the run loop, was the BTS Summer Duathlon.

Organised by Paul Mason on the eve of the little sporting event that was happening in London, the race was hotly contested by 14 members of BTS, with various others along to help. Covering an indeterminate distance of a 1 lap run (lets say about 2km), followed by a bike leg of around 18km and then two more loops of the run, the race was won by Chris Taylor, with David Lightbourne in 2nd and Lynda Hart in 3rd. The times below are the racers actual times, although an intricate handicapping system seems to suggest that Julia Hodkinson actually won – Answers on a postcard!