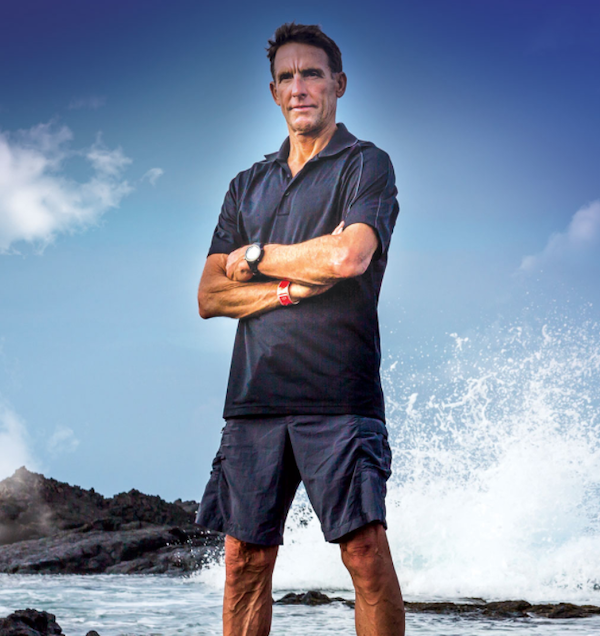 We’ve received a message from Group Evolution to promote their online camp taking place on March 6th. There is a discount code for the first 40 entries (see below) and one free access. If you would like free admission, please let me know (07971245857). If more than one person is asking for it, I will draw the winner this Sunday.

Please note that BTS won’t accept any responsibilities should the camp not meet your expectation.

The camp is a great chance to learn some cutting edge stuff and also have your own skills analysed, in detail, by great coaches. For example, you can get six-time Ironman world champion, Dave Scott, to review your running technique.

There is a programme on the website with some more details. And also in the Tri 247 article.

The offer is that the first 40 places are £100 with code “Discover” when booking a place through the website. Anyone who attends will be entered into a draw for a free place on one of our 2021 or pre July 1st 2022 camps at the Chateau in France.

Here is a brief bio on each of our coaches.

Dave Scott: Dave Scott blazed the trail that led the triathlon to the global prominence it enjoys today. He is now a leading expert in triathlon training, nutrition, and racing. He was the Roger Bannister of triathlon… the first person to go under 10 hours, 9 hours and 8:30 in Kona. Dave Scott’s personal triathlon journey paralleled the early history of the Ironman Triathlon. His accomplishments on the Big Island of Hawaii led to Dave Scott becoming the first inductee into the Ironman Triathlon Hall of Fame. He now provides full-service coaching & performance consultation for motivated triathletes of all abilities, from Ironman professionals to aspiring age groupers. Dave Scott will make you a faster triathlete.

James Beckinsale: James has been coaching/training people for endurance since the early 90’s. In 2000 he founded the Optima Racing Team with athlete’s performance in mind. My objective was to create an environment where athletes could reach their potential through a structured coaching system. This vision has been realised, having coached novice age group triathletes to medal at World, European and Ironman competition and elite athletes, including Gillian Sanders to the 2012 & 2016 Olympic Games & a Commonwealth Games Medal. James has coached three females and four males to Kona and numerous junior/ U23 athletes to the elite level.

Coaching is James’ vocation, and his long term goal is “to be 75 years old with grey hair still coaching happy athletes!

Fiona Ford: Fiona is a full-time triathlon coach, former pro triathlete and author. For four years, she raced as a Pro at Ironman distance triathlon (2008-2011), with top ten- and 9-hour IM finishes while working full time as a business owner. Fiona has competed in triathlon for almost two decades, is a former age-group European and World Champions at ITU Triathlon and Aquathlon, winner of four gold medals (2004-2006).

Fiona coaches’ triathletes to discover their potential using her athlete-centric training system, developing a quality over quantity approach to bespoke training progression. She is one of Swim Smooth’s global team of Certified Coaches. Fiona is a qualified Sports Nutritionist and conducted her own research into triathlon-specific carbohydrate periodisation during her MSc (2019). She has successfully demonstrated during her athletic career that it is possible to be competitive as a world class athlete, on very modest training volumes during full time employment.

Rob Wilby: Rob has over 20 years of experience coaching individuals and groups, from novices to international standard athletes. He has a BSc. (Hons) degree in Sport and Exercise Science and a Masters level teaching qualification, so his training programs are underpinned by a thorough understanding of exercise physiology. He is also a Coach Education Tutor for British Triathlon, passing on my coaching knowledge to the next generation of coaches and was voted 220 Triathlon Magazine Coach of the Year in 2019. As an athlete, Rob represented Great Britain at the ITU World Championships, and qualified for the Ironman 70.3 World Championships. He has completed six Ironman triathlons and over twenty 70.3’s, in addition to dozens of other triathlons, frequently on the AG podium and often with the fastest run split. Helping triathletes unlock their run performance is one of his passions!

Ray Gibbs: Ray took up swimming in his mid twenties when he began competing in Triathlons. A Channel relay in 1992 began his love of open water swimming. Frustrated by the lack of clear information on how to become a distance swimmer, he watched the technique of the talented ex-GB swimmers at his local masters club and realised that natural swimmers engaged the water, rather than snatched at it, breathed rhythmically, rather than gasped, and streamlined their bodies to slip through the water instead of fighting their way through it. Ray studied with the ASA to learn the theory behind what he was seeing. He became one of the fastest swimmers in his age group not by being fitter or stronger than the next man, but by using sound swimming technique. His relatively recent journey from ‘holiday splasher’ to fast and efficient open water swimmer gives him an empathy with his clients as they learn, first the basics and then the more advanced propulsive techniques of front crawl. 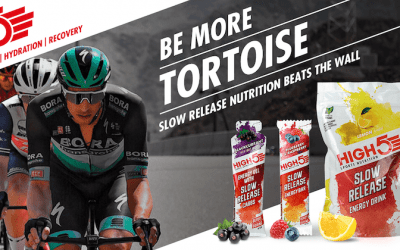 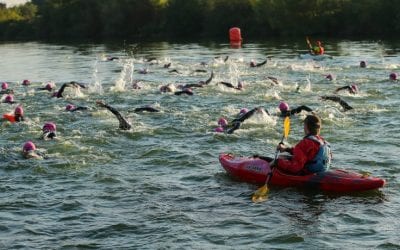 Reading Triathlon is open for entry