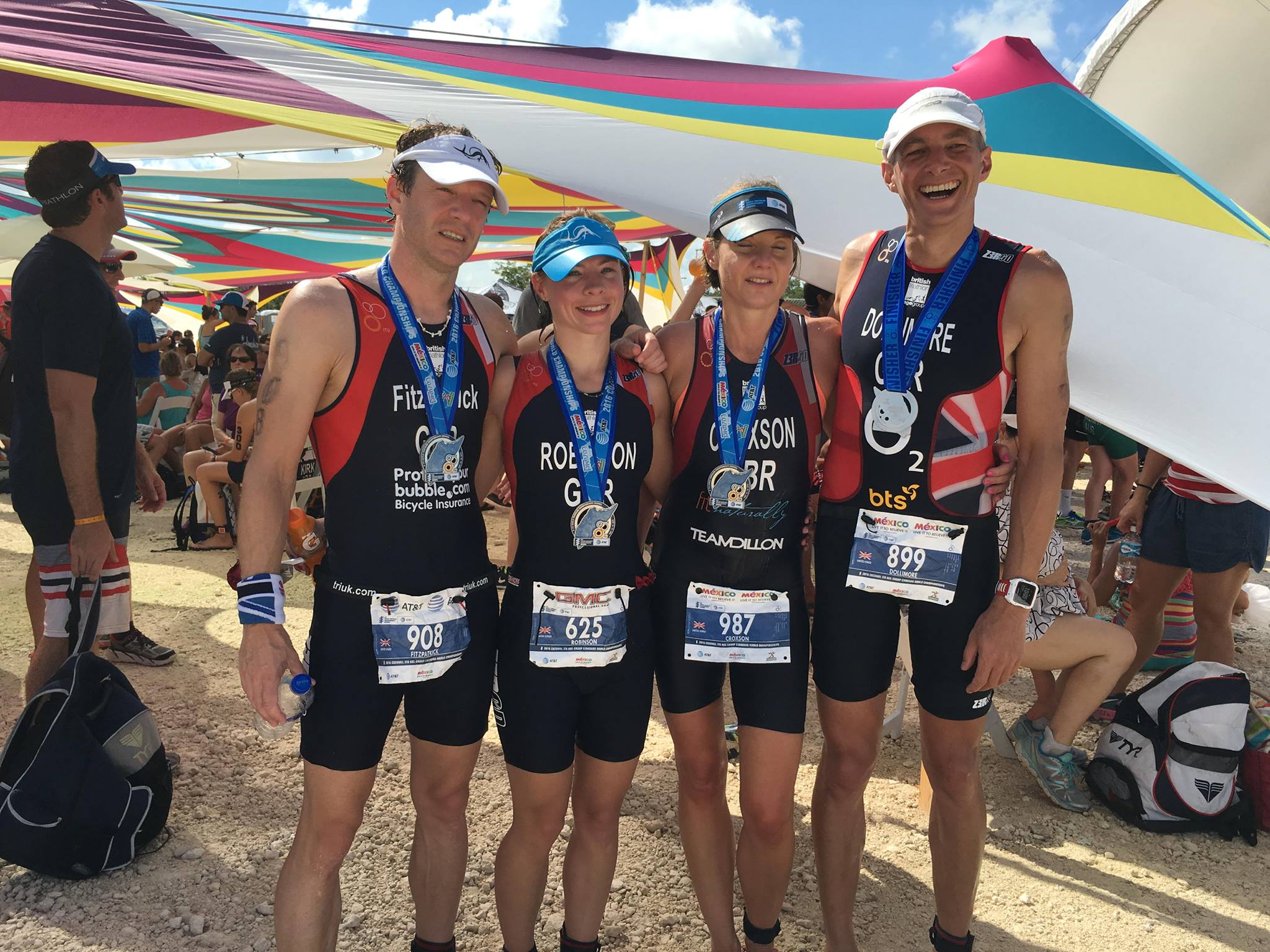 After last year’s record attendance of BTS in Chicago for the 2016 Age Group World Championships, this year it was the turn of the much hotter (32C, 94% humidity) and sweatier climes of Cozumel, off the coast of Mexico.

Whilst others could have qualified again, just four took on the specific task of getting through races in May and June across Sprint and Standard distance to try and achieve the qualifying mark required in their Age Group. That is except Louise Croxson, who thanks to her AG win at Liverpool in 2015, was pre-qualified in the F4044 Standard Distance.

So, in the end Chris Dollimore, Paul Fitzpatrick and Kate Robinson joined Louise in making the 13 hour flight, coach and ferry trip to possibly the most exotic location any of them will ever race in. 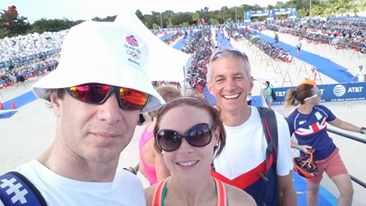 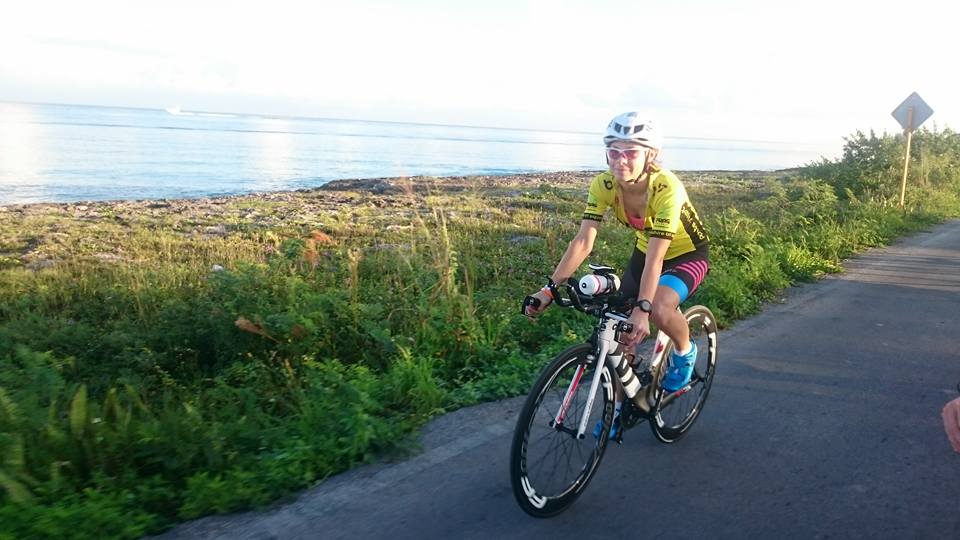 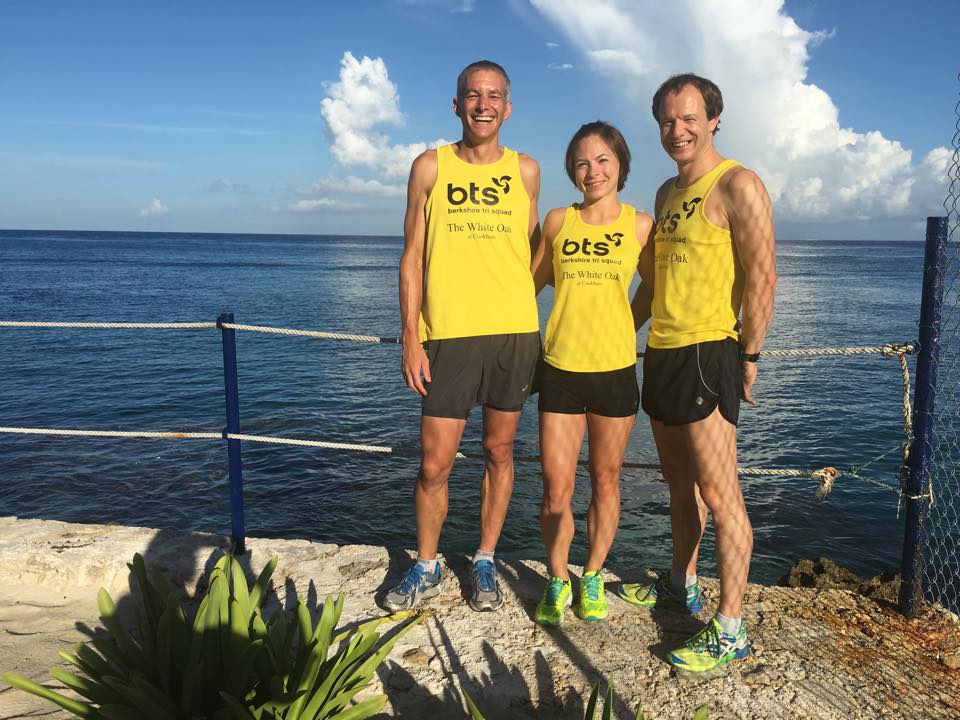 After a few days of sorting registration, bikes, sun cream, course recce’s, racking and (a little) sunbathing and swimming (practice) in  clear blue Caribbean Sea,the four got up at 4.30ish AM to head down to the site. Setting up your bike in the dark is a rare phenomenon, but quite good fun. Everyone seems quieter and more focussed, as if they are all working in secret like putting out kids’ presents on Christmas eve.

With tyres pumped, bottles, shoes and computers attached it was time to be kicked out and find bag drop. From here on in, its just about getting ready to swim. No wetsuit (28 degree water temperature) means one less thing to worry about/faff with and means you can fully appreciate all the colours of kit on show. Dark blue (USA), even darker blue (GBR) and bright green (MEX) dominated the warm-up area as pockets of Age Groupers hanging around for toilets, warming up or just relaxing with family before coalescing with their International peers to make their way to the swim pontoon. 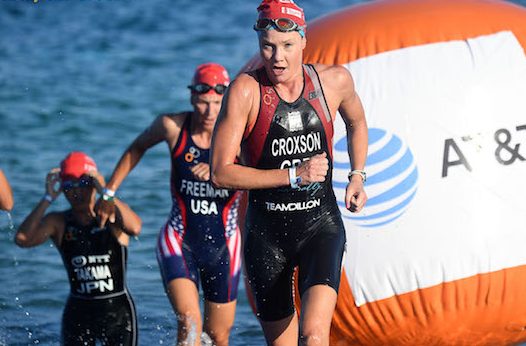 A clockwise swim was actually shortened by 250m from the usual 1500 due to issue with the current during the previous day’s Sprint. Some older women who had gone off in later waves actually had to be pulled out of the water due to not being able to fight the current. This was demonstrated in the swim speeds of those wearing fancier Garmin watches, with ‘upstream’ swim splits being more than double that of the ‘downstream’.

That aside, and with 50-90 people per wave, the swim start was frantic but not so populated as you couldn’t find room to swim. Then the focus became not flying past the first downstream buoy and ignoring the tropical fish and submerged cameramen passing underneath you.

Around three buoys and back up against the current for around 600m, where progress definitely felt slow, before rounding 2 more buoys and back to the back of the pontoon from which you started. 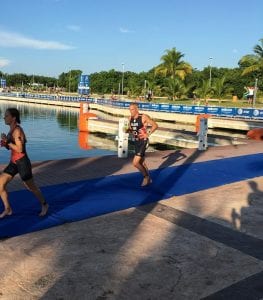 After a 200m transition run along the blue carpet and up over a bridge into the massive transition it was on with the shoes and out into the park. By now the sun was up and even at 8am things were warming up nicely.

The first km or so involved getting out of the event park, with some decoratively paved roads making getting shoes on, fiddling with bike computers and getting an early drink all much more complicated, especially with others  all doing the same and not usually looking where they are going.

Once out of the park though, the bike course involved travelling 19km of a single closed country lane, with long morning shadows, sun streaming through the trees and the Caribbean Sea on your right. If you had your gears dialed perfectly, you could literally ride one gear all the way to the turn point, then flick it down 1-2 gears to ride all the way back in a slight headwind. 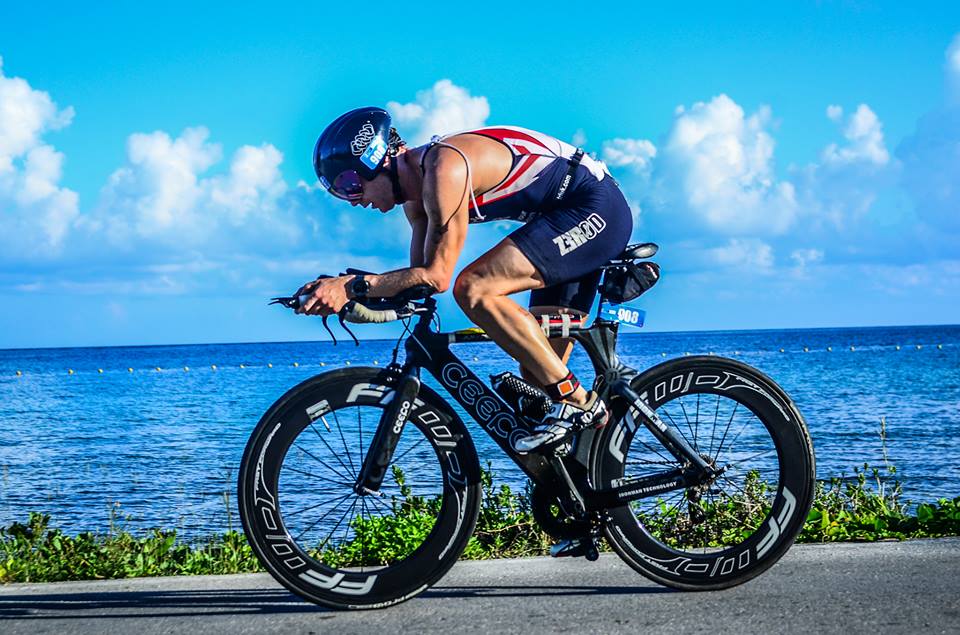 With the straight course and a light breeze, the bike route arguably could not have been easier or faster, with some great times by all racers. so after wiggling back through the park in the final km, it was time to take on the bit everyone (British) was dreading..

The course was a completely flat 2 x 5km loop through, and out along the main road in front of, the park. Team Managers had warned all competitors to take their time and not blast out onto the run at usual pace. Wisely the organisers had put drinks stations with water bags, gatorade and even ice every 800m or so, and the run became about simply moving as quickly and steadily as possible between each one of the stations. 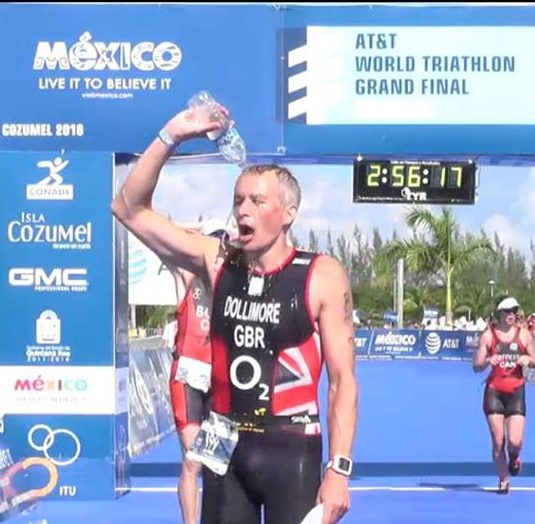 A few poor souls did succumb to the heat, thankfully usually at the end of the race, but all the BTS four got around in one piece! The run was quiet in places, but throughout the park, plenty of ‘Go GB’ and ‘Looking strong’, even if you didn’t feel it, all helped.

Paddling pools of cold water – with a fair helping of other peoples’ sweat – fresh coconut water, necklaces, drinks and even pizza awaited the racers in the post-race athlete area. 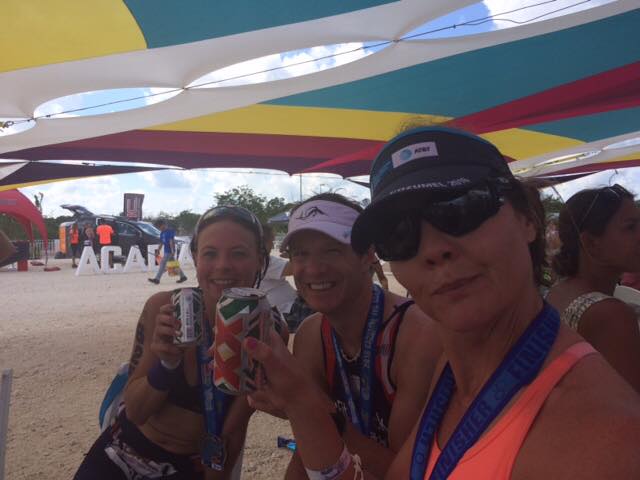 Throw in the free massage, and the nearby availability of a beer (acquired by trusty supporters Janice and Wendy) and burger, recovery was quickly under way. 🙂