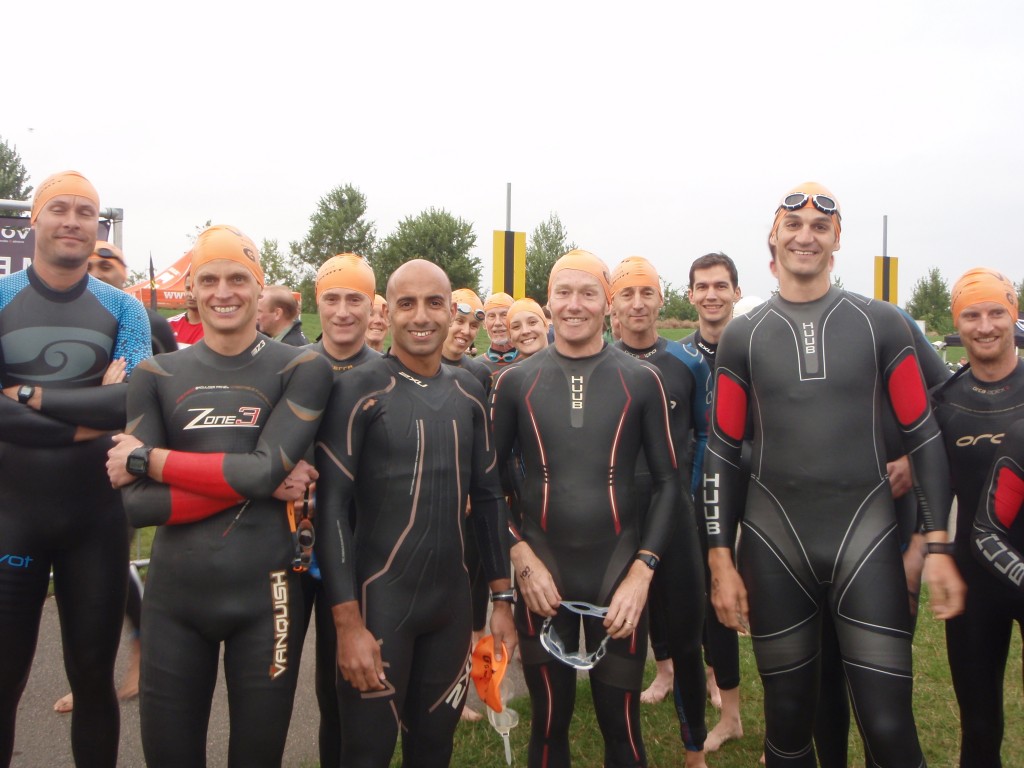 The BTS annual club champs took place at Dorney Lake this month. Event hosts Votwo kindly let the club have its BTS wave, so alongside competing against other entrants, there’s an opportunity to compete with each other in the individual or relay competitions.

An impressive 26 individuals and two relay teams rocked up on the somewhat grey evening to battle it out over a 750m swim, 19km bike and 5km run for title of club champ champion.

In the women’s competition, Julia’s win was extra impressive as she was nursing bruised ribs.
Men’s Winner Christophe also came second in the overall competition, just ahead of phantom member Andy Sole, who swoops in to take a podium for the second year.

The third place by Martyn Parrish was considered a collective win by the club’s Ironman Wales training group (we’re still not sure how Martyn feels about that!)

In the relay, Team Jalune (Janice, Luke and Neil) took victory not only in the club champs but also for the whole event, beating the 16 other relay teams. Team Someone Said There’d Be Cake (Kate, Jess and Joanne) were very happy with their second place and seventh overall – and even more so by the chocolate treats they won!

For all the supporters it was a great evening to loose their voices with so many club members to cheer on. It should be noted that the highlight for many of them was both Kenneth and Gope being nearly pipped to the post in a final 30m sprint by Richard File and Steve Fuller respectively, as they were too busy waving to the supporters!

All BTS Results below – and Full Results HERE

← Prev: There is no bad weather for cycling… Next: August Round-up →