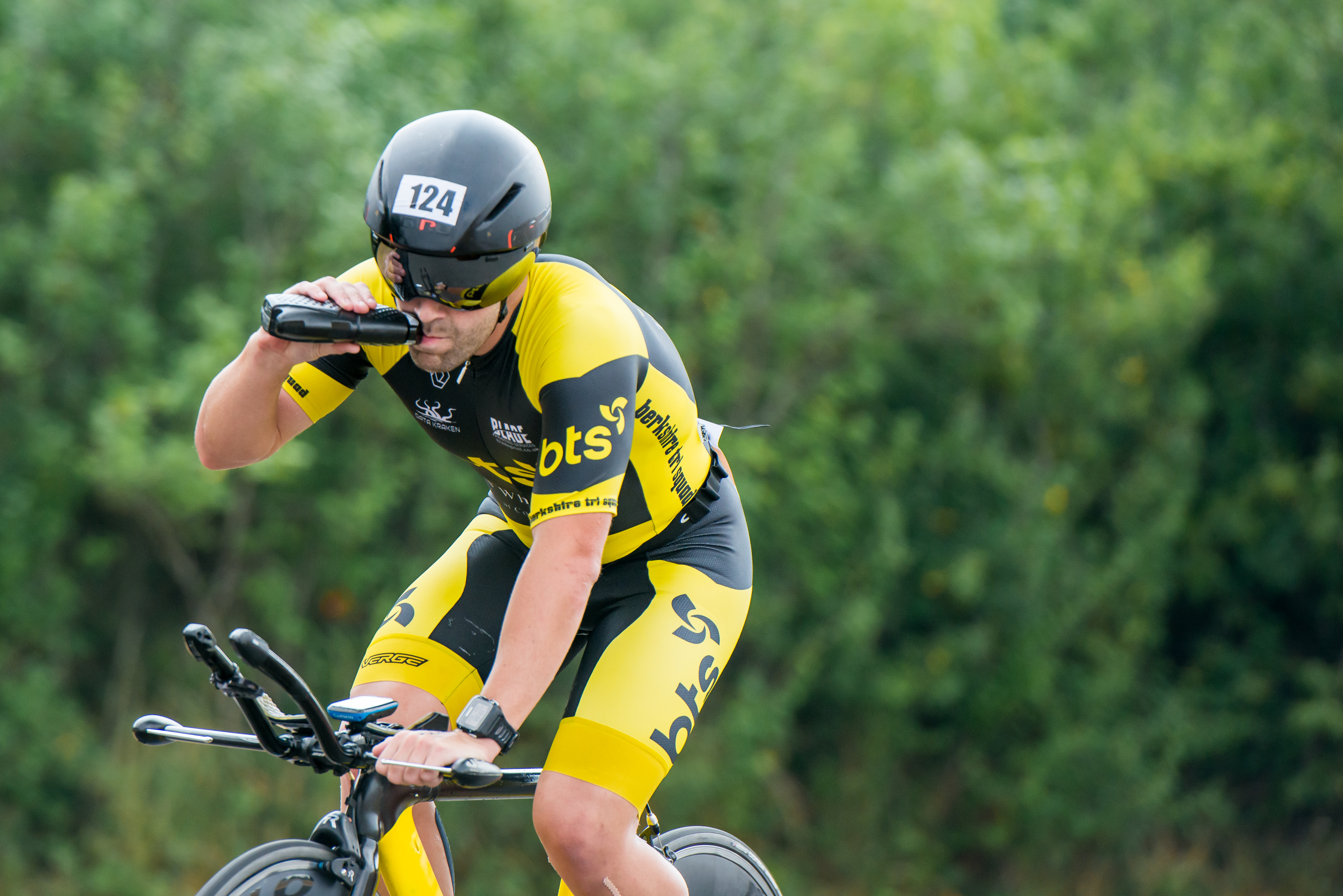 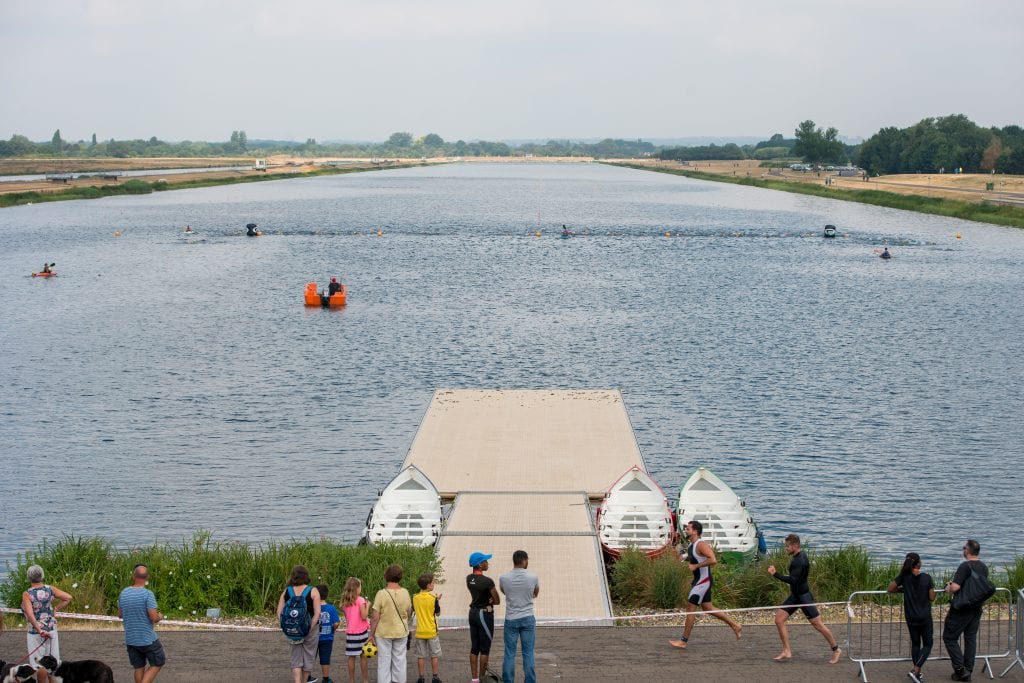 It was rumoured that Ross Muir was over from Germany just for the event but apparently it fitted in with his holiday plans.

As usual, this years event organiser Andrea Taborelli coerced the event organisers into our own special wave at the Fix Addiction Triathlon at Dorney Lake. The race was billed as a Sprint Minus, AKA short swim, later on, we were to find out it wasn’t even as long as the billed 400m swim! Several notable absentees and the short swim meant that it was all to play for on the start line.

A beautiful sunny day with still conditions and 20 people on the start line meant it was a fairly civilised get-go with Ross Muir taking the early lead into the first buoy and Luke Muir hot on his heels. 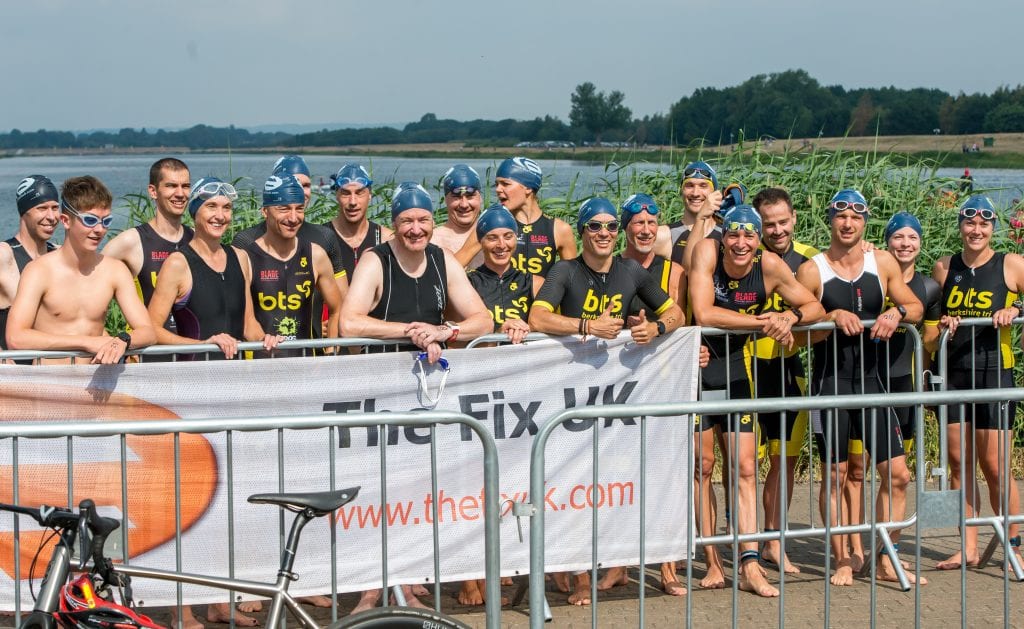 Out of the water, Ross and Luke were off on the bike together with Chris, Ed and Kuba (Jakub) not far behind. In the women’s race, hot favourite Kate Robinson was first out already with a lead of nearly 2 mins over rivals. 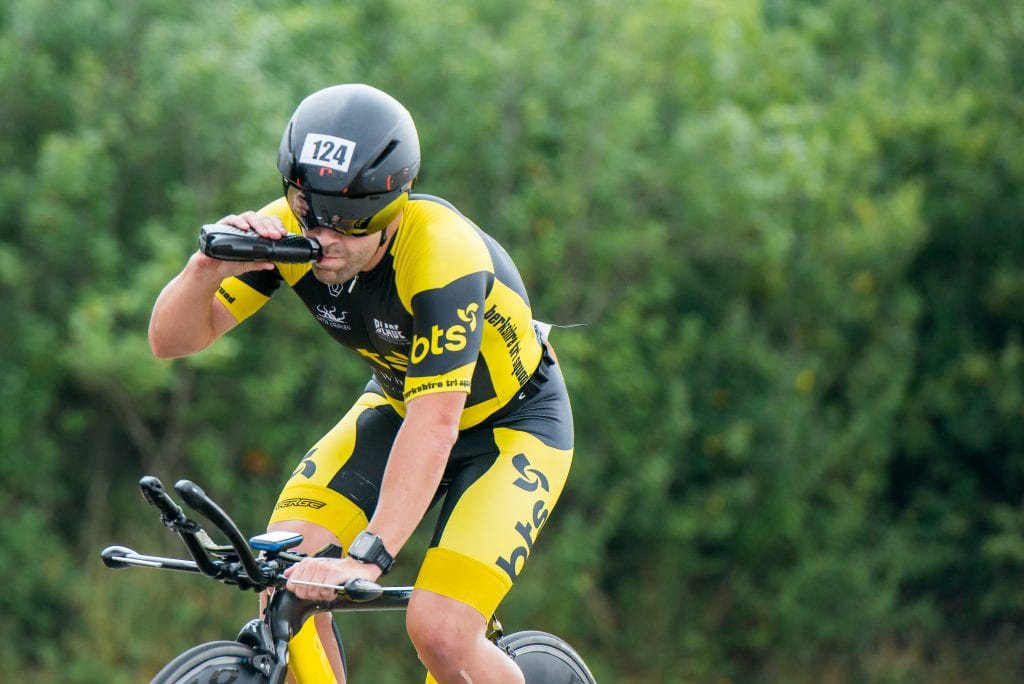 On the bike the leaders stretched there lead over the pack behind, Luke and Kuba fell away slightly to leave Ross and Ed coming off the bike together, Kate’s lead in the women’s race was now up to 4 mins and it was difficult to see her being beaten.

On the run, the men’s leaders ran together until, with just over 1k to go Ed put on a spurt that was to prove decisive and took the overall victory. Lower down the order Rob was charging up the field now in his running element. Fortunately for Chris, the 5k run was just short enough that Rob’s swim and bike definite was just too much and Chris claimed 3rd. 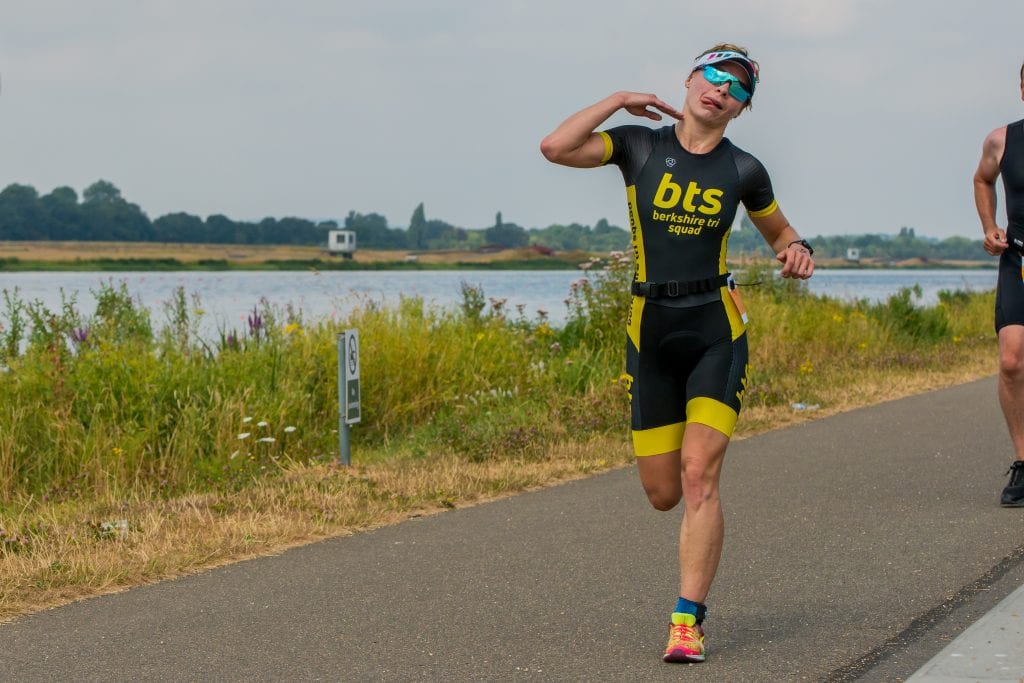 Notable results came from Stephanie Muzzall who was crossing off yet another first, her first lake triathlon. In Steph’s own words “ As my first lake triathlon, I really enjoyed the organisation and having the team with me in the lake was a perfect introduction to the world of triathlon… thanks for the support team.”

Away from the podium, there were some personal wins with Jon Elliot making a return to triathlon (and running) after a long injury and too many people to name taking Age Group category wins. 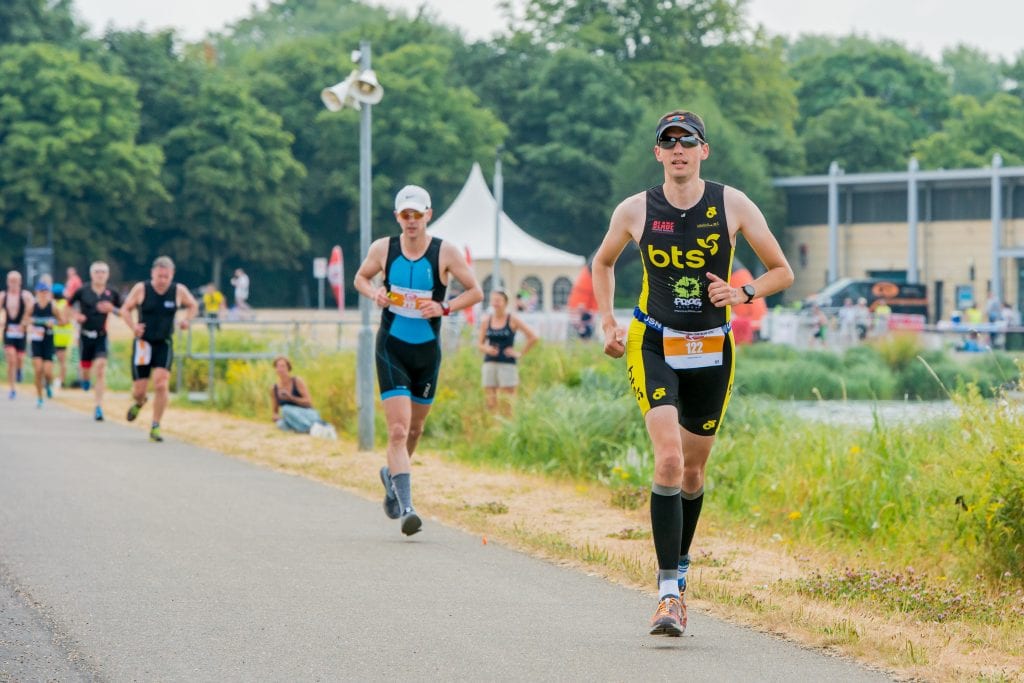 A true ‘home race’ we had a great turn out from BTS supporters and great performances from our ladies and gents.

Results below will be heading towards the club championship standings.