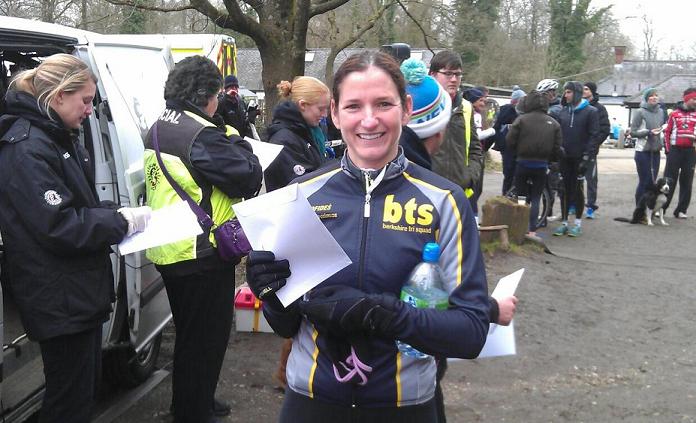 One of the first ‘big’ events of the year happened last weekend. Two members of BTS braved sub-zero temperatures and a biting wind (I assume) on Box Hill, to take part in Human Race’s Kinetica Spring Ballbuster.

This 8 mile, 24mile, 8 mile Duathon, taking place on a single loop near the iconic Surrey location is guaranteed to show up any lack of winter riding or running. However, thanks partly to Marathon training, and riding to work on a single-speed, Lynda Hart gained her first victory in a new Age Group, finishing as 7th woman overall and 1st in the….ahem… Female Vets category.

Chasing her around the course was Jason Roberts. Jason was actually only about 10 seconds behind Lynda on race time, with a strong second run, but more work needed on those transitions Jason! 🙂

Also present was Barry Wootten, past member stalwart now based down in the New Forest, and regular host to a bunch of BTS people who ride on the IOW each year.

Well done all on good early season performances.  Splits below.