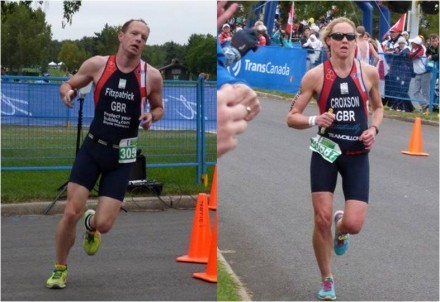 Well, August 2014 will probably go down as the best month in the triathlon career of Louise Croxson...

Having already won her F35-39 age group at two out of the three World AG Champs qualifying events this year (see old club news for details), Louise went up to Liverpool in early August to compete at the British National Championships. Taking place in and around the Liverpool docs, the day was nearly as wet on the bike and run as it was in the water, with blustery winds even knocking competitors off their bikes!

Louise reiterated her position as the number one AG F35-39 athlete in the UK by taking the win, to become British Champion 🙂 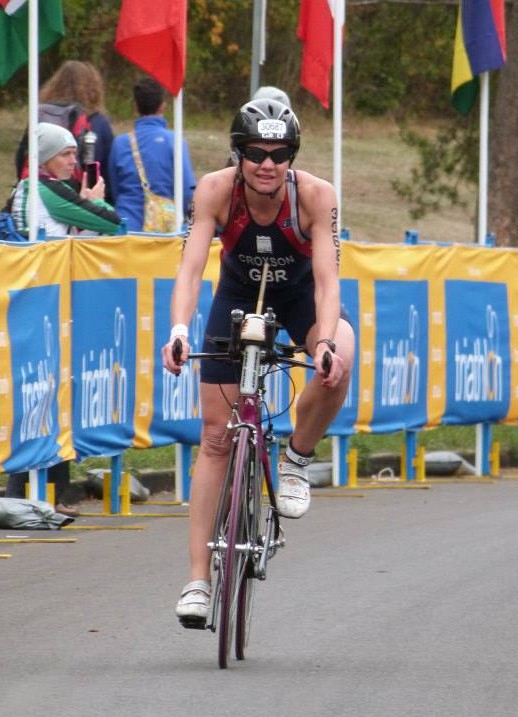 Just a couple of weeks later and travelling several thousand miles, Louise arrived in Edmonton for the 2014 edition of the World Age Group Championships. After spending the weekend watching the Brownlees, Gomez, Stimpson and Jorgensen finish off their season in the warm sunshine, Louise hit the same lake and roads as the pros. Swapping Liverpool docks for the freshly dredged, refilled and even Chlorinated water of the Hawrelak Lake meant a great 2 lap swim, followed by an undulating 2 lap bike course through the residential streets of Edmonton and a dead flat again 2 lap run course around the park.

Despite nearly being taken out by a kamikaze squirrel darting across the run course, Louise again proved she is the best Brit by not only being the first F35-39 home, but also by finishing a fantastic fourth overall!  With splits of 23:23, 1:06:36 and 42:22, Louise finished in 2:17:21. Louise was only denied a podium finish by a fantastic 1:01 bike split by an Austrian athlete.

This guarantees Louise will be at both Geneva and Chicago for 2015 Euros and Worlds respectively. Full Results HERE

You can read more about both of these events on Louise’s blog at www.louisecroxson.com 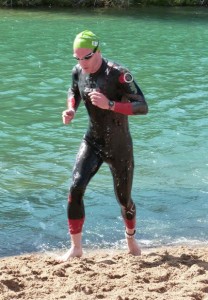 Also travelling to Canada to compete on the same day as Louise was Paul Fitzpatrick.

Whilst not expecting anything like the result of Louise, a solid race with a decent position in the top half of the M40-44 age group within the Brits and overall was the aim. Unfortunately neither of these things were to happen. Despite a good swim bringing Paul out of the water in 12th and as first M40-44 Brit, cramping at the start of the bike, followed by a dropped and jammed chain meant dropping through the field. A solid if slightly half-hearted run resulted in Paul finishing down in 51st place, with splits of 21:41, 1:12:16 and 41:49 for an overall time of 2:21:41

← Prev: Julia and the Channel Next: There is no bad weather for cycling… →