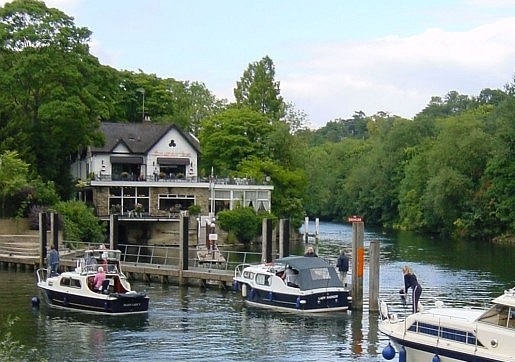 Summary of the most recent incarnation of a once famous local swim – thanks to Ben Collins for the write up.

Saturday 30 Jun saw the first Boulter’s to Bray Swim, 2.8km downstream on a picturesque stretch of the Thames in Maidenhead.  Well, not quite the first…

Since the idea was conceived by a couple of mates from Maidenhead Rowing Club last year, it has turned out that ‘The Long Swim’ as it was known, was run every year until 1969, from some point prior to 1899, and the 2012 version came with a bit of local history:  Gary Hughes won the event in 1967 and 1968, and this year turned in a not too shabby 38 mins at 74 years old.  Cynthia Locke, who won the women’s event in 1950 when she was 15 also joined entrants for a post-race breakfast.

Having been fortunate enough to be involved in the organisation, it was brilliant to see that BTS were by far the best-represented club.  And though I say so myself, what a fantastic event!  Maidenhead Rowing Club provided an excellent facility with changing rooms, showers, and a bag and car-key drop.  There was then a 1km rubber-clad walk up to the start line by Ray Mill Island.  The river safety assessment had only returned to ‘green’ (i.e. safe) less than 24hrs previously, and the current was still strong.  The warm up area turned out to be a massive endless pool, and ‘warm up’ became ‘swim furiously upstream until you hear the word “go”’.  Fortunately there were shallow areas near the start line, which made for a safe start.

Bray Lake Water Sports had kindly provided marker buoys, so the course was well marked out.  Sighting was easy, and even I was able to steer myself through the correct arch of Maidenhead Bridge.  I was passing Maidenhead Rowing Club and under the Sounding Arch in what seemed like no time.  I manoeuvred myself into the middle of the river to take advantage of the stream, and was soon being swept towards the wide left hand bend in the river, and to the finish point opposite the Waterside Inn in Bray.

The finish line was actually on the bank, so needed a scramble up a bit of matting with competitors’ flip-flops neatly arranged on the river tow-path.   Results, and more importantly bacon sandwiches and coffee, were provided back at Maidenhead Rowing club, where the prize giving took place.  The stream meant that my 2.8km time wasn’t much more than my 1500m time.  I’m pleased with the results, although my goals were lower than most:  having been working on the safety plan, I’ve spent much of the last month trying to think of ways people could kill themselves, and no one did.  Result!

This has potential to be a fantastic annual event, and it would be brilliant to maintain a strong BTS presence.  For those who had somewhat higher aspirations, results are below: