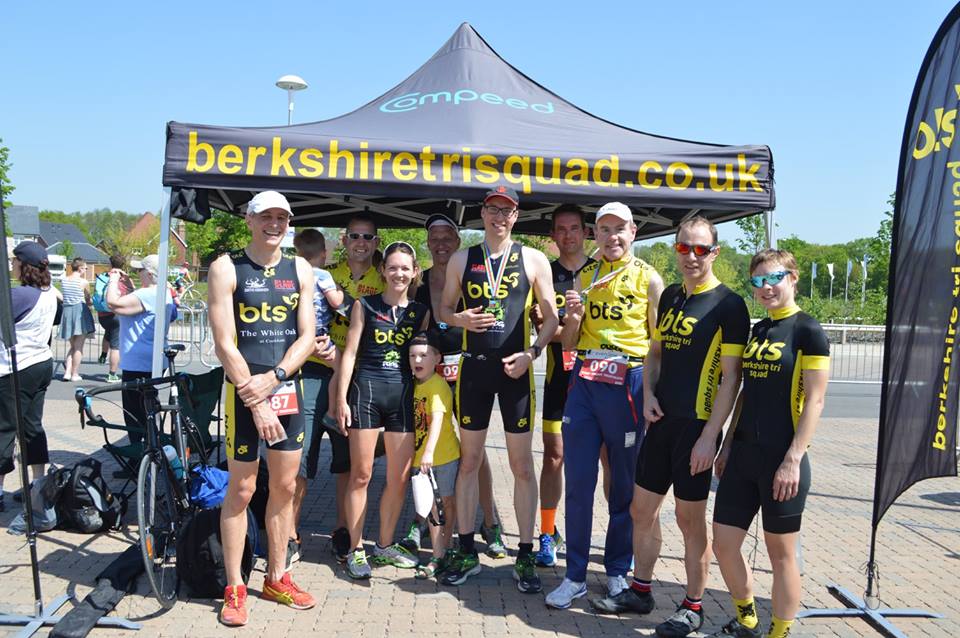 Fairly quiet month of results in April, but people are definitely starting to appear in the kit at various events now. So a round up of  April’s events, plus a few in May from the scorchio Bank Holiday Monday 6th. The big thing this month is the amount of BTS ‘newbies’ all completing their first Triathlon. Welcome to the club! 😀

Finally from the April pot of results comes the first ever triathlon for Steph Muzzall. Having already had a go at a Duathlon last month Steph has quickly moved onto her first pool triathlon. Unfortunately the lovely sunny weather recent weeks was not present during her first try at a SuperSprint pool event at Berkhamstead, so cold definitely didn’t make things as enjoyable this time around. Racing over 400m/20km/8km Steph managed a fantastic 3rd in her age group with times of 11:17/56:16/38:17 for an overall time of 1:49:27. You can read all about Steph’s first ever Triathlon HERE, where she seems to be developing a healthy dislike for people on TT bikes! 😀 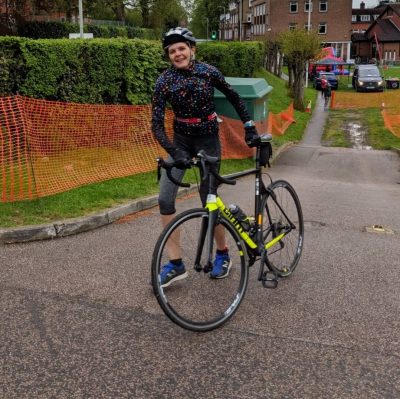 And so to May. Two club veterans in Jon Elliot and Kevin Spence continued their 2 man mission to bring AquaBike events to prominence. This time as part of the Oldbury White Horse Triathlon event. Racing over a Sprint distance of 400m Swim, 20km bike ride (and a 300m run to the finish line), Jon lead home the M40 Age Group with splits of 8:48 and 36:47 to finish with a time of 48:02. Jon was followed in by Kevin in 3rd spot in the same AG, posting 7:34 & 42:38 for a total of 53:38 inc the run and transitions.

Finally for this write up: Hart triathlon. Thanks to Men’s Captain Chris Dollimore for the write up below on the Hart pool SuperSprint, over 400m/20km/4.5km

Hart seems to have been a long time coming. Racing for BTS were a cross section of first timers, those eager to see how the winter training had gone and those who were dusting off a few cobwebs in a gentle season opener.

Before the start, Phil Fazackerly and Stuart Boorman did a great job of making sure the BTS gazebo was in perfect finish line position.

Sometimes early season there are some key choices to be made re extra clothing, or not. The only problem that was faced today was making sure we were covered in suntan cream and had enough water; what a bank holiday scorcher!

Hart is a pool swim so great for the first timers not having to battle open water swimming with start times allocated based on submitted swim times, the theory being that you should be swimming with people of fairly equal speed.

8 BTSers raced throughout the morning with several finishing in quick succession towards the end. Times and Age Group positions are shown below.

Many thanks to chief supporters Tom Korff and family, plus Paul and Kate. Thanks to Stuart “SLR” Boorman for the great pics.  Kudos of the day has to go to David Dyer and Stuart Boorman for completing their first (of many we hope) triathlon. 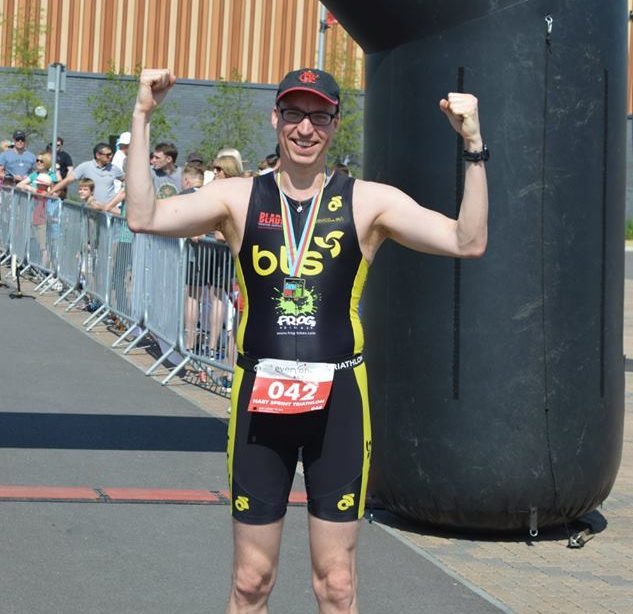 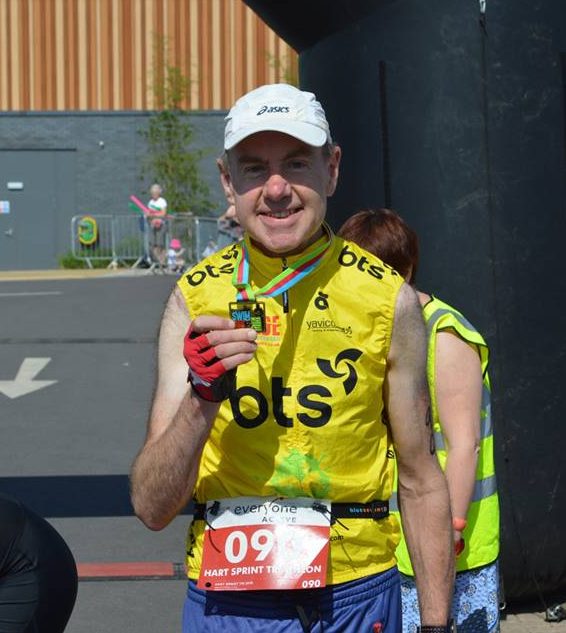