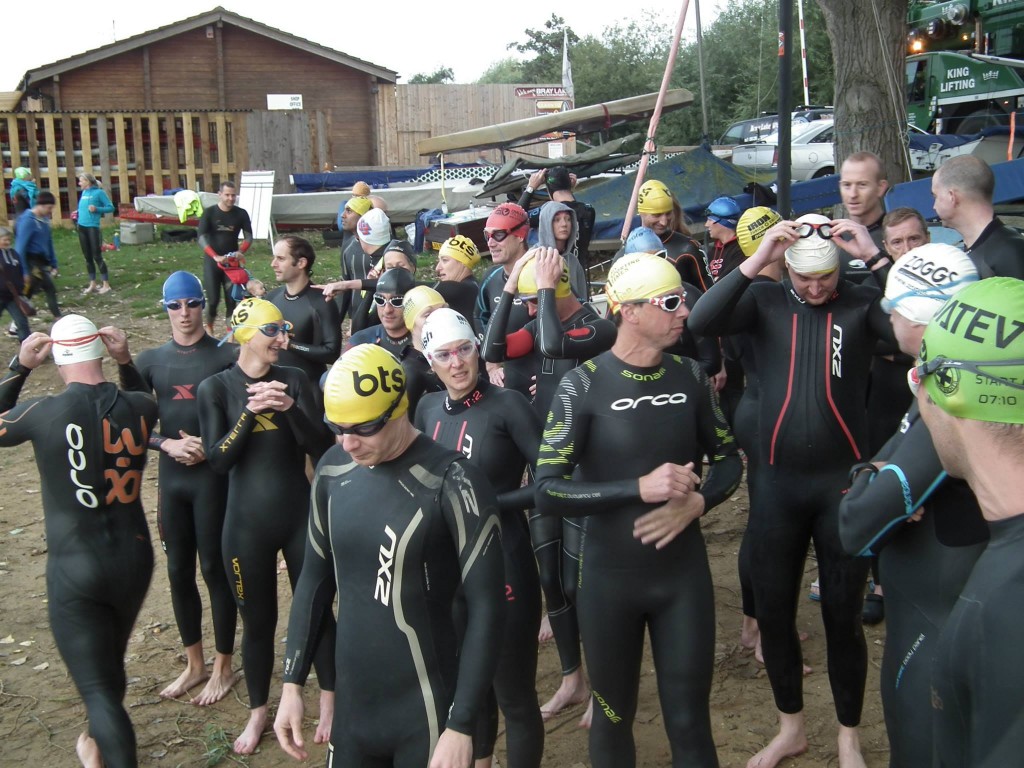 First of, thanks again to all the volunteers and participants. We got everyone round the course, no one came off a bike and we didn’t lose anyone in the lake so overall a success. As always, it was a fun and competitive day so hopefully more will be out next year.

In Men’s A…. the BTS Men’s A team were forced to compete with all the youngsters as this race director failed to put them in the Men’s Master’s division. Note to self for next year! But, they weren’t far out of the prize money even though Hillingdon’s 17 year old swim and run phenomenon put Hillingdon ahead from the start. Well done to Ian Lee-Emery, Paul Fitzpatrick, Adam Titley and David Lightbourne for a good peformance on the day. As someone pointed out on the Hillingdon team, you know it is going to be a tough race when Tom Korff is their worst swimmer…

In the Women’s race, new competitors Evo Tri put in a team and things were very close coming on the bike. The BTS women’s team came with a minute of the overall title but were just edged out by Eton after a botched transition. Who says races aren’t won and lost in transition? Good effort by Phillipa LeRoux, Julia Hodkinson and Gemma Korff

In the Men’s B race, it was also quite close going into the bike leg, as the BTS Men’s team trailed by just 30 seconds. They were able to make up some ground after forcing John Booker to try and continuosly bike and Martyn Parrish to take as many run laps as possible. With teammates Luke McCarthy and Guy Grewal also helping out, they took the win.

And lastly, another BTS win in the Mixed Division. We unfortunately had a team pull out at the last minute the night before but that still led for some stiff competition between BTS and Kevin Spence’s team Xerox. With some minor injuries and shuffling of the teams as well as tag team child care from the Phillis family, BTS took the win over team Xerox/BTS.

Thanks again to everyone who participated – don’t forget your next event is the Awards Banquet. Remember to RSVP and put in your nominations ASAP

Selection of images from day, thanks to Chris Harris and Katy Walker.