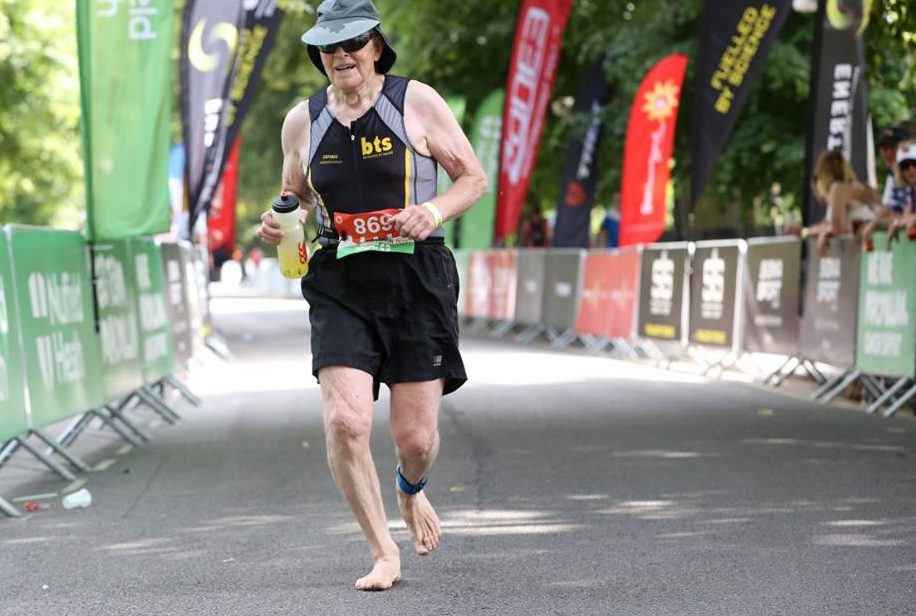 It usually seems to be the case that Windsor triathlon is held in lovely summer weather (except in 2016!) No change in 2017, but this was taken to a new level, with scorching temperatures and a river that was borderline too warm! Something that had changed though was the course. After many years of the same layout, the organisers have been playing with swim and run course over the last few years. This year the swim was as 2016, but the run course changed again, with any loop along to Datchet removed in favour of taking runners up and over the top of the old part of Windsor by the castle and down the Long Walk to a dead turn. Effectively the course was 2 dead turns with a hill in the middle. By mid morning, with sun nice and high, the Long Walk became a very warm run!

Even more unusual though was a change to the long standing bike course, The new layout brought the Sprint distance down to a more usual length, whilst the Olympic distance lost its loop through Maidens Green in favour of 2 laps around the Holyport and Fifield area before coming back into Windsor via Drift Road and the normal routes.

This year over 30 BTS members took part across the Sprint, Standard and even the relay disciplines. As you can see from the results below, of that 30+ BTS came away with a fantastic 6 Age Group wins, another 5 podiums and plenty more in the top 10 of their Age Group for what was possibly the club’s most successful Windsor ever.

Full Results are available at the Human Race website, club results below.

Finally, below is a small gallery of images taken on the run course, thanks to Kate Robinson. Click Image to view.