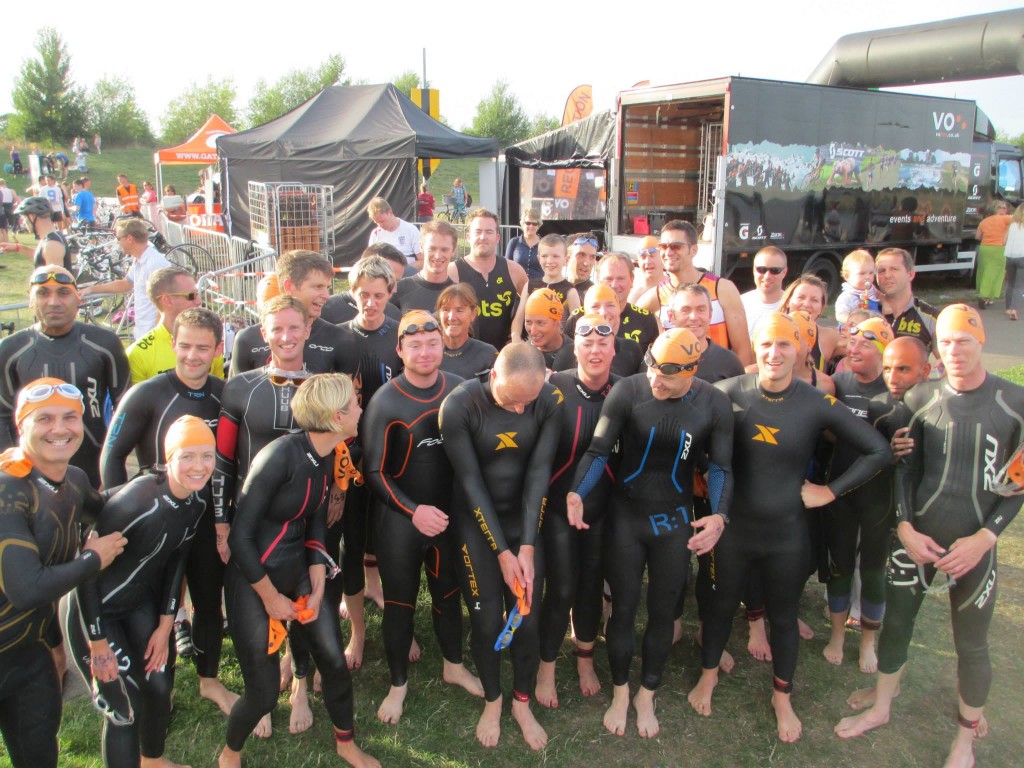 Easily the biggest turn out of BTS members for the year (where actual competing is concerned at least) took place at the Gatorade Dorney Evening Triathlon Series this week.

The race being designated as the official Club Championships, and with the addition of relay teams in mix meant  40+ people turning up to race or just support. Given our own wave, so we knew exactly who were racing with….or so it was thought.

Great racing over a 750m Swim, 20km (maybe about 18.5) Bike and 5km(ish) run resulted in some fast times, great performances, an unfortunate kit failure and generally a really great evening.

Fastest BTS’er of the day was officially Ian Weatherall, according to the results, but he was actually more than ably assisted by super swim coach Christina Poulton and Uber-cyclist Chris Taylor, who did the swim and bike (unsurprisingly) in a relay, leaving Ian to run a sub 18min 5k.

First of the individuals was a surprise to everyone, with newest member Andrew Sole turning up, getting out of the water first and then staying in front to take the BTS title – before disappearing into the night like Batman! – Well Done Andy, David Lightbourne humbly requests that you have club kit for next year’s race 🙂

Special mention to our youngest racer – Alex Titley – who smiled his way round the 5km run. And to Ben Collins, who unfortunately punctured on lap 1 of the bike, but walked back and still did the run.

Full Results here,  BTS Results below.  Seems to be an issue with a couple of times in the middle of the Williams’ race, and unfortunately there is not currently a finish time for Craig, but he definitely finished – in a sprint I seem to remember. 🙂