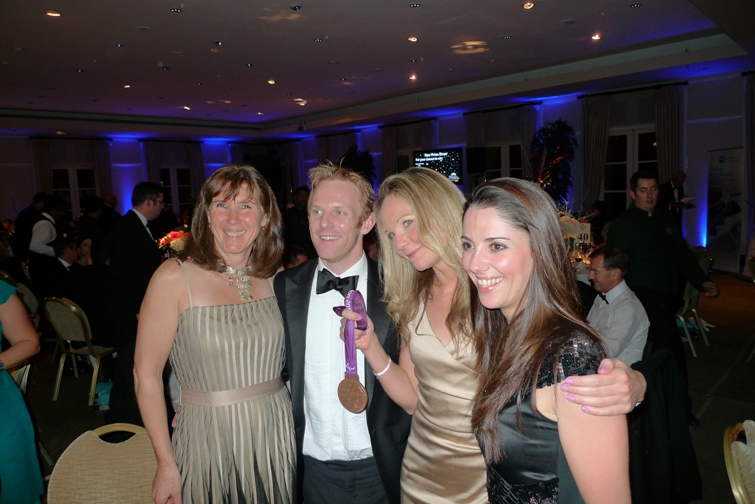 BTS were again well represented at the Champions of CycleSport Dinner at the Hurlingham Club on Thursday 22nd November.

Joining Julia, Louise, Kate and Phil on the BTS table was Jody Cundy, MBE, paralympian gold medalist and world champion cyclist.  Famous for “losing it” after being disqualified in the velodrome at London 2012 Jody, being interviewed at the table by TV host Dermot Murnaghan, said his next ambition is to compete for a place in the able-bodied British track cycling team.

With so many other cycling stars in the room, team manager Dave Brailsford neatly side-stepped Dermot’s probing as to who was likely to star at the next world championships.  Julia, however, suggested that as Jody is also a former world swimming champion, there might be room for him at BTS if he plays his cards right!