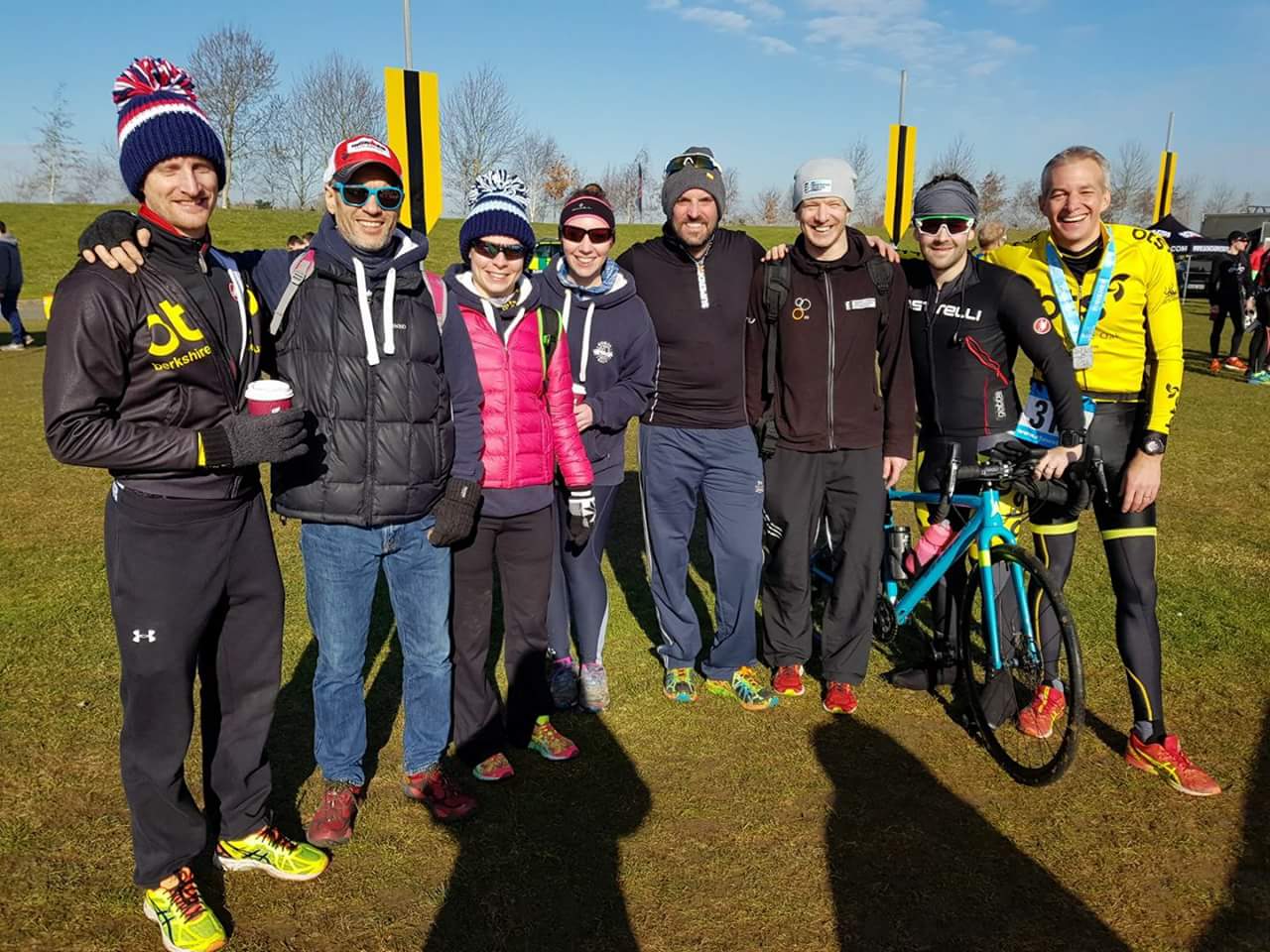 As ever, this is the time of the year where things go a bit quiet on the results front. Once Ballbuster is all done, then it is all about a few/many weeks off before/beyond Christmas before training and racing starts again.

Whilst it is probably (definitely) too cold to be doing any outdoor tris in Q1, there were a few people who got away to warmer climes for an event or took advantage of some Winter sun at a chilly Dorney lake, as well as those who did VERY early marathons. As we don’t have much in the way of multisport to report, I have included a mention of these more notable single discipline activities…

It might have been cold, but the sun was glorious on 17th Feb for F3’s Winter Duathlon, covering the Super Sprint, Sprint and Standard distances, as well as various running events. 3 BTS took on the 5k, 20k, 5k Sprint, including new member and Datchet Dasher Steph Muzzall in her first multisport event. Despite nearly losing her newly acquired number belt in the first 50m and wrapping up for a bike expedition in T1, Steph made a pretty impressive debut, gaining 5th Senior woman. Triathlon coming soon for her no doubt!!

Steph was joined by Paul Fitzpatrick and Kate Robinson, both coming home 1st in their respective Age Groups over the same distance, with Kate posting the fastest female bike split. This was not quite enough to hold off former member Matt Eckett, racing for his new club of Northants on the final run, but made for a good race!

Out distancing those 4 was Chris Dollimore, who took part in the Standard Distance (10k, 40k, 5k), coming in 5th overall and 2nd in the Vet Age Group. Results below.

Having got the above out of the way, Paul and Kate then escaped to Lanzarote for a training camp, which you can read all about on Kate’s blog. At the end of the camp, various members of the group were doing a local event, with Sprintish, Olympicish and  Half Distance races. Paul and Kate both opted for the Sprint (Paul “We had done nearly 20hrs of training that week!”) covering a 900m swim in the local bay (with Beach start), a 20km Bike that just went up a long hill out of town and then back again and a 6km run along the seafront, dodging bewildered holiday makers eating icecream.

In a break from the usual loosely enforced rules on only covering  multi-sport, and as there was so many people taking part in marathons over the last month, some of these have been added below.

Before that, a quick mention for Julia Hodkinson, who took part in the UCI Gran Fondo event in Paphos, Cyprus at the end of March. Whilst she might claim the field was thin, you can only beat who is there, so after 3 days of racing, Julia did the following.

As a result, she has qualified for the UCI World Gran Fondo Championships – so look out for Julia on a new TT bike on Drift Road soon! 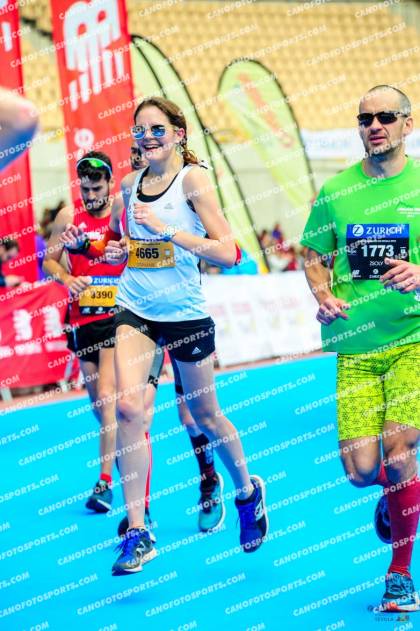 So, to the Marathons. Firstly, Steph Muzzall smashed her PB in completing Seville Marathon on Feb 17th.
Running even pace kilometers around 4:35-40 and breezing through half way in 1:37, Steph went on to complete in a very good 3:17:33.
She then followed this up with a 30 mile race for her 30th birthday a few weeks later…before then going on to do Brighton Half…..
Not such a good day for Steph that day, who I am reliably informed visited ‘all the toilets’ from the half way point onward (TMI??). But on a lovely day in Brighton, 5 BTS took part, including a maiden run over the distance for reigning club champion and Men’s captain, Chris Dollimore.
Leading the team home was Ed Nunn, who took a chunky number off his pb to come home in 3:10:19, followed by Chris with a perfectly paced run for 3:16:04, Anthony Cooper at 3:27:41, Steph at 3:30:15 and, cracking the 4 hour barrier for the first time, Andy Bower in 3:57:14.

Finally, the big one. London. Run in rather warm conditions 4 BTS took part in what looked like increasingly tough conditions as the heat rose. Excellent work from Jason Roberts in 3:19:05, Andrea Taborelli in 3:32:59, Lesley Kernaghan in 4:47:37 and Kevin Spence in 5:37:59